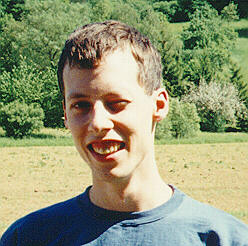 I was born on Tuesday 9th November 1971 in the district hospital Schaffhausen. I grew up together with an elder and a younger brother in Hofen, a very small village in the canton Schaffhausen (look on the map), where I'm still living. My mother tongue is German (Swiss dialect more exact). 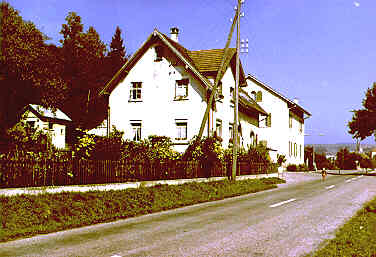 I attended the primary school for 6 years in the central school »Unterer Reiat«, after that I went to the secondary school in Thayngen for three years. After that I started my professional career with a four-year apprenticeship as a engineer draughtsman in the group of companies George Fischer AG in Schaffhausen where I worked for three years afterwards, until I came to the Fachhochschule Aargau as a student.

Since the begin of my study (November 6th, 1995) I belong to the big group of the Internet freaks and hackers as well. My computer hobby began with the ancient »bred box« called Commodore C-64 (1985) with the built-in BASIC interpreter V2.0. I developed a lot of small programs and simple games, most of these programs were interesting graphics experiments. Later, when the CPU speed and the memory size had become too small, I bought a Commodore Amiga 500 on which I wrote a lot of small programs with the included AmigaBASIC interpreter. Meanwhile, I work with a NoName Pentium that I write my programs with the included QuickBASIC in MS-DOS 6.20. People who have similar interests should send a mail to me! Thanks!

My three most faithful family members

Let my three most trusting pet friends say something about themselves on their own. 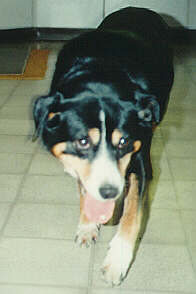 I'm the family dog called »Bianca«, a female Entlebucher dairyman dog. I was born together with 5 other puppies, one of them was also female, at farm »in der Hub« in the Emmental on Wednesday 15th February 1989. On Saturday 20th May 1989 I could take a seat on the car's back seat next to the elder brother of Andreas until Hofen. Since then I can walk a lot and I always draw my master's attention to strange people what he appreciates very much. Although I also like some caressing units a any time. Unfortunately my joints are not in best conditions any more since my knee-operation which was necessary as I tore the crucial ligaments in both legs. 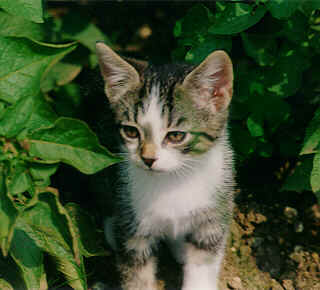 I'm »Zacharias«, a merry tomcat. I saw the light of day in the middle of May 1997 in Opfertshofen SH. I lived there in a barrel together with two brothers and sisters with the Bührer family. On Friday, 20th June 1997 at once a strange man came and put me into a funny looking cardboard box. After 10 minutes, when I was let out, I found myself at the Meile family in Hofen. I met there my new friend Dimitri who just arrived one day before me. He was a very emaciated creature, what changed very soon. Meanwhile I settled down well and the human being Andreas often calls me »s'herzig Tigerli« (delightful little tiger). He probably says that because I have such a funny spot on my nose. My favourite activity is to play with Dimitri. When I'm tired, I lay down and purr, especially, when a human comes and caresses me. 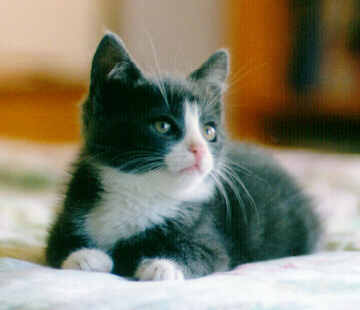 I was also born in the middle of May in Opfertshofen SH. Sometime, my mummy carried us small babies into the barn of the Steinemann family. A little later she took my brothers and sisters to another place, but she simply forgot me. Mew! :-( I got nothing to eat and to drink for three day so I was nearly staved to death. Of course, I squealed like a stuck pig. On June 19th, the human being Armin came into the barn and searched me because of my screams. Because I didn't know what he wanted, I ran away from him. Nevertheless, he caught me behind a bale of straw. He took me to Hofen where I got a big portion of milk. Since then, Andreas' mother feeds me wonderfully, so I'm a lively little tomcat now. The next day, jolly Zacharias, who is my best friend now, arrived. We have got completely different characters, that's because we aren't brothers. I enjoy playing with any kind of items, especially with this tricky Darda® wind up toy car.

In memory of the former pets, there's the memory page of my earlier pets. You will see Dimitris' and Zacharias' predecessor at the moment.

Go back to the main page